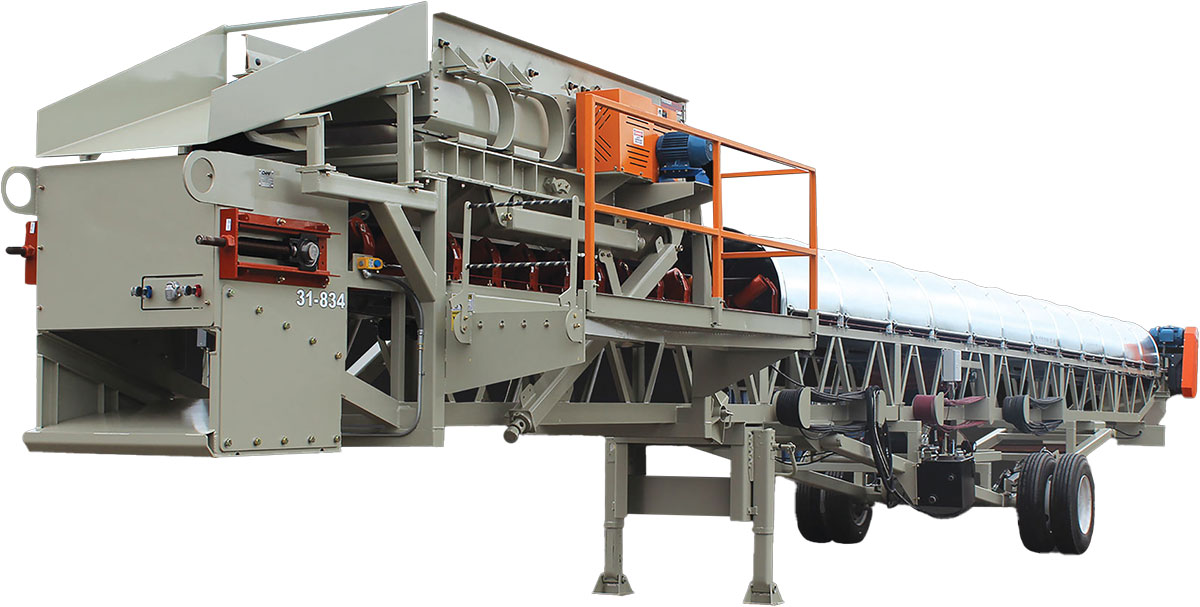 Every asphalt plant has its own unique design needs, but one thing they all need is a conveyor belt system to move the individual and combined aggregate materials from one part of the process to another in the correct proportions at the appropriate speed.

Feeder conveyors control the flow of aggregate between the feed bin system and the collector conveyor in the overall system. They use variable speed belts to help control the amount or proportion of each kind of aggregate.

The collecting conveyor catches the various proportions of aggregate from the individual feeder conveyors and moves it at a constant speed through the scalping screen (if one is used) to the charging conveyor.

Finally, the charging conveyor moves the combined aggregate mixture to the mixing drum. It moves at a constant speed but accommodates varying amounts of the aggregate mixture depending on the volume coming from the set of cold feed bins and RAP bins.

Our belt conveyor systems include truss-style construction, gravity, and wide-slot take-ups, and rubber disc return idlers to minimize material build-up on the dirty side of the belt. Customized based on your specific needs, our conveyor belts come in standard widths of 24″, 30″, 36″, and 42″. 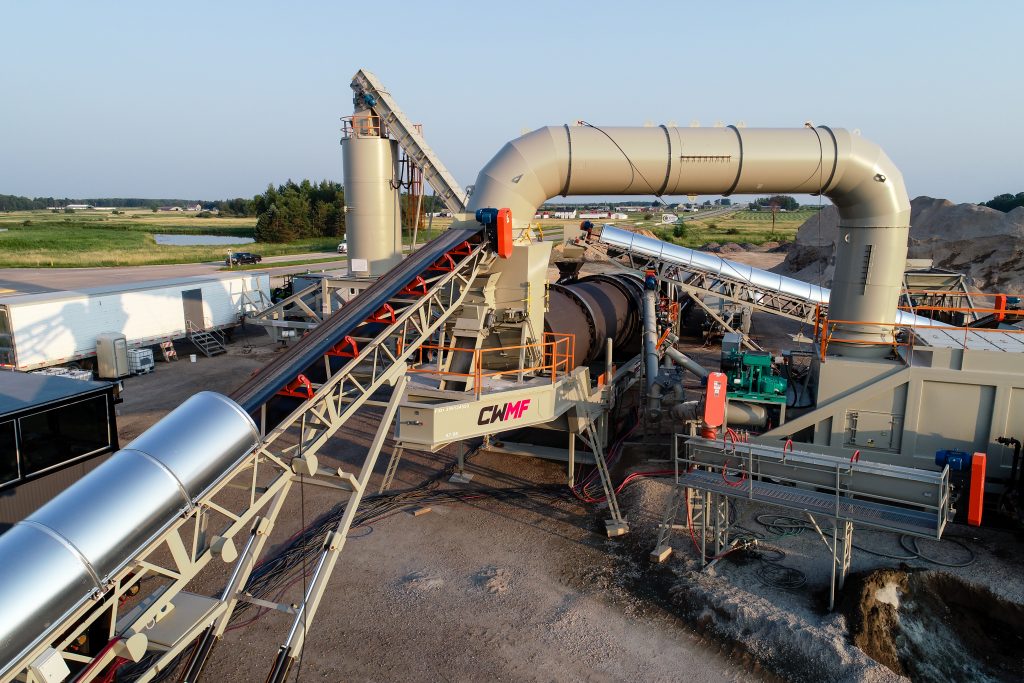 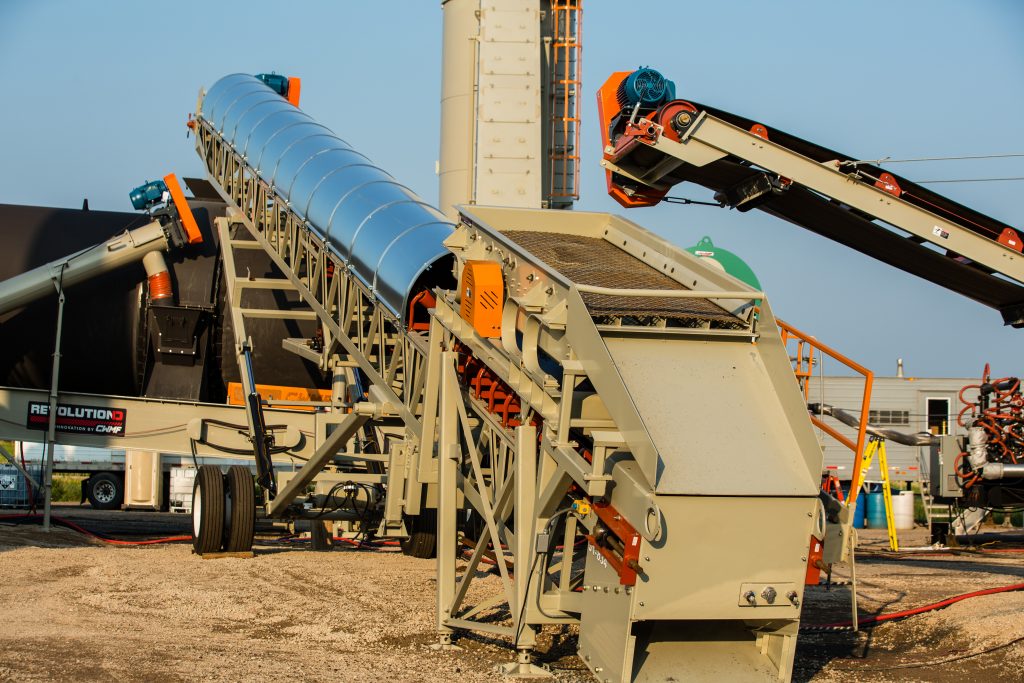 We offer customizable options for various elements of the belt conveyor system. 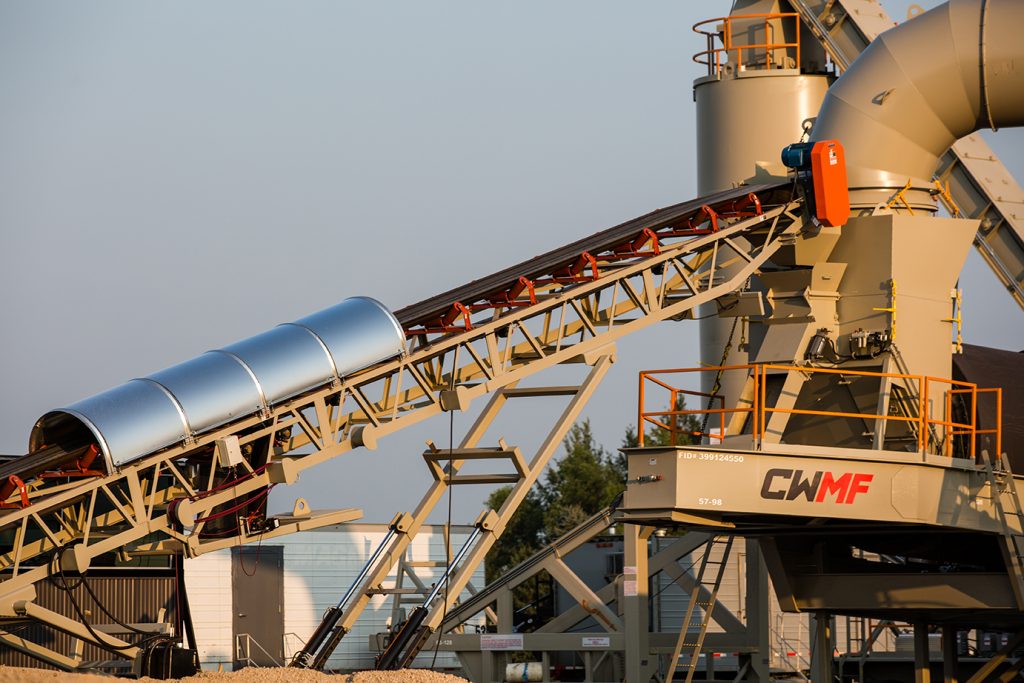 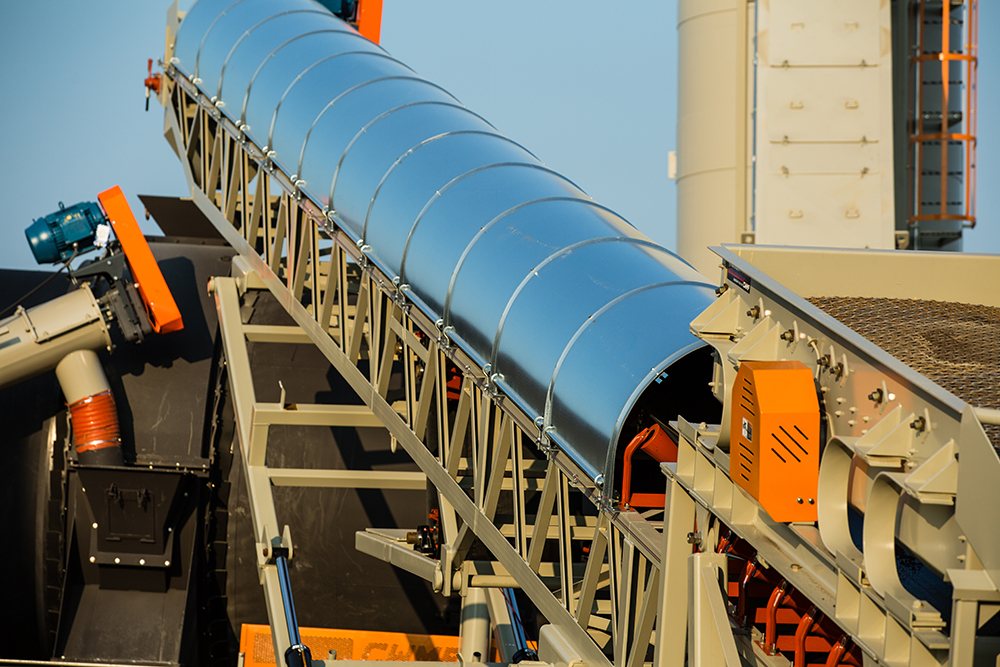 SPEAK WITH
A PRO >

SPEAK WITH A PRO >

SUBSCRIBE TO OUR NEWSLETTER
Page load link
Go to Top